Discoverable Social Media Data: The Possible Game Changer throughout the Life of a Case 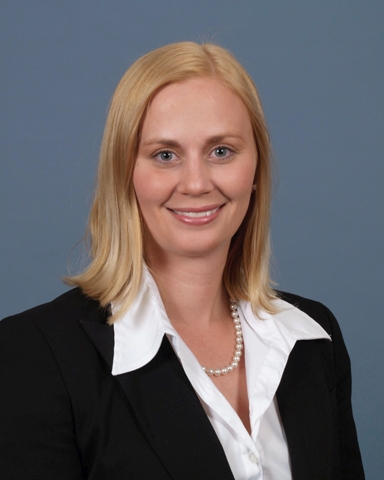 An estimated 196 million Americans used social media web sites in 2016, which is expected to grow to 216 million in the next three years. https://www.statista.com/statistics/273476/ percentage-of-us-population-with-a-social-network-profile/ (March 16, 2017).  Americans’ usage of social media has grown exponentially over the years, from 24% in 2008 to 77% presently, and worldwide social media usage is estimated to be 2.34 billion. Id.  There are a variety of popular social network websites, including Facebook, Twitter, Instagram, LinkedIn, etc.  Even President Donald Trump actively uses Twitter to post political updates and his opinions on same. The leader in social media worldwide is Facebook with 1.86 billion accounts. Id.

With 196 million Americans actively using social media, how has this technology affected the practice of law?

Anyone involved in workers’ compensation defense should actively investigate injured workers’ public social media usage.  Since Facebook is the leader in social media, at the onset of the claim it is recommended that a determination be made whether the injured worker has an active, public Facebook account.

Obviously attorneys and their staff are prohibited from contacting represented injured workers personally per the Model Rules of Professional Conduct (which are adopted by most states.)  Similarly, it is unethical to send a friend request on Facebook to an injured worker.

However, if an injured worker has not blocked his/her Facebook account, through a simple search one can discover a wealth of relevant information about the injured worker’s birthday, alternative names, current and past work status, education, residential information, marital status, spoken languages, etc.  One can also determine whether the injured worker is friends with a witness to the alleged accident.  It is also possible to determine when the injured workers regularly check in for determination as to when and where to schedule surveillance—for example, is the injured worker a morning person starting her day off at the gym or a night person who enjoys seeing live bands in the evening?

Post-deposition, we perform another social media check to determine whether the injured worker was forthright with his/her testimony under oath.  This simple search has proven beneficial for our defense of various workers’ compensation claims.  For example, one injured worker testified that he was unable to work in any capacity since and because of the industrial accident.  A social media check of his public Facebook account revealed that he was actively advertising his landscaping business and posting pictures of work he had completed post-industrial accident.

Another injured worker testified that since the industrial accident he was unable to lift or carry over five pounds because of his alleged bilateral knee injury.  A social media check revealed a picture post-industrial accident of the injured worker standing in the ocean…with his wife on his shoulders…and his child on his wife’s shoulders!  Another social media check led to the entire denial of a claim and an arrest for fraud and perjury (Florida Statutes Section 440.105(4)(b) and 837.02) of a women who was obtaining PTD and SSD benefits.  In depositions and statements to physicians, she exaggerated her symptoms involving her back and bilateral wrists, and misrepresented her physical abilities in an effort to obtain workers’ compensation benefits.  We learned from Facebook that she was in the process of moving and that she enjoyed casinos, and we advised the surveillance company of when she would be moving and what casino she visited.  She was later filmed lifting a washer, dryer, and a small boat and playing slot machines at a casino for an entire day.

Many do not know that with three easy clicks someone with a Facebook account can download his/her entire Facebook account, even deleted or archived information.  At the top right of the Facebook page, you select Settings, then “Download Page,” then “Create File.” https://www.facebook.com/help/466076673571942  While it is not permissible to go on a fishing expedition with discovery, through a narrowly tailored Request for Production, you can attempt to obtain relevant excerpts of a copy of the injured workers’ Facebook archive post-industrial accident reflecting any relevant issues.

“Facebook itself does not guarantee privacy.” See Nucci v. Target Corp., 162 So.3d 146 (Fla. 4th DCA 2015) citing Romano v. Steelcase, Inc., 30 Misc.3d 426, 907 N.Y.S.2d 650, 656-657 (N.Y.Sup.Ct.2010). “By creating a Facebook account, a user acknowledges that her personal information would be shared with others.” Id.  “Indeed, that is the very nature and purpose of these social networking sites else they would cease to exist.” Id.  Nucci confirms that claimants are not entitled to keep all social media information private if their mental and physical conditions are at issue in suit.

With the ubiquitous usage of technology, we can now obtain relevant, narrowly tailored electronic communications.  Injured workers may be wary of actively using social media networks during the pendency of a claim.  Fortunately, simply blocking their Facebook pages does not guarantee that injured workers’ private information will remain private or that their deleted information will remain deleted forever.  What is relayed to the public will inevitably remain public.  Discoverable social media data is now a possible game changer throughout the life of a claim.